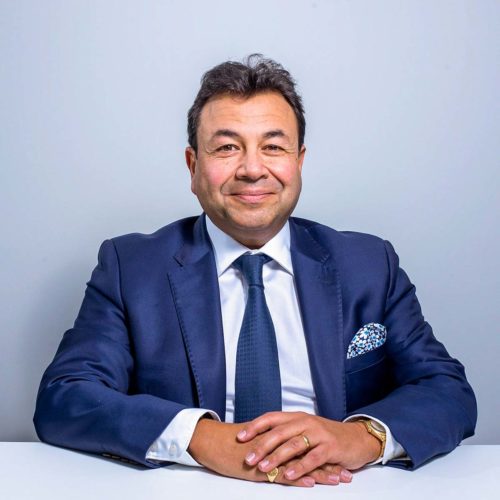 Andrew co-founded the firm in 1995 and is the firm’s Senior Partner.

Well known on the London property scene, he has acted for many of the leading names in the sector over the last 30 years, including UK-based operators such as London & Regional; Topland Group; Henderson Park; Art-Invest Real Estate; Candy Capital and the CPC Group; Dukelease and Amazon.

Andrew has advised many significant overseas clients, including, from the United States , Thor Equities, Ashkenazy Acquisitions and Atlas Residential and Concord Pacific from Canada.

Andrew also represents leading operators in the hospitality sector,  such as André Balasz and Robin Birley and he has developed a substantial client base within the PRS and Buy-to-Rent sector, including Atlas Residential, Dandi Living, Node Living, Redi Resi and Fifth State.

He has led teams and advised on the acquisition of many central London landmark properties including;

Originally a property lawyer, Andrew now specialises in property-related joint venture work. Following the 2008 credit crunch Andrew quickly became one of the leading UK specialists in property development joint ventures featuring equity participation. He has formulated and drafted many innovative equity funding arrangements and is particularly known for advising on development management agreements, co-operation agreements and project management arrangements. Andrew is valued by his clients as a creative, experienced and effective trouble-shooter and a skilled negotiator who will do everything possible to maximise their commercial position whilst thoroughly protecting their legal position, a philosophy that permeates throughout the firm.

Andrew has been recognised by Spear’s 500 guide as one of the leading Property Lawyers in the UK.

On the commercial side, Andrew has built up an enormous network of contacts in the property world, both domestic and overseas and has been particularly successful in cultivating extensive contact bases in the USA, Ireland and the Middle East. Indeed, Andrew has been named by Property Week as one of the 50 most influential people in the UK property industry.

He has had articles published in the Estates Gazette, the Financial Times, the Wall Street Journal and Property Week.

Andrew is a board member and also Honorary Solicitor to Westminster Property Association and he is also the current President of the Estates Golfing Society.