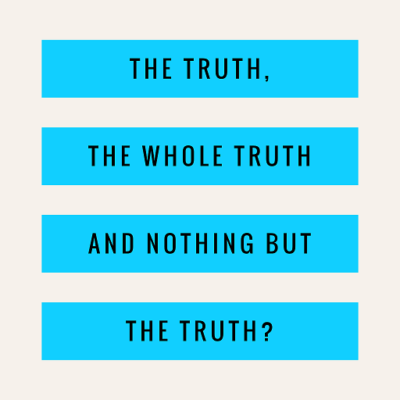 Insurance Act 2015, anyone? A straw poll round the office drew a blank. It had certainly passed me by. The biggest change to insurance law in a hundred years, apparently. And it has been in force since August 2016, so there is no excuse.

Maybe it’s the title. Insurance is best left to the regulatory experts, would have been my thought process, to the extent that there was a thought process. If it’s important, I would have known about it, went my faulty reasoning.

But it is important in the world of work and if you deal with insurance in your business, it will make a difference to you too.

Uberrimae fides is no more

Law school drummed into one the concept of “uberrimae fides”, or utmost good faith, always cited in relation to insurance contracts. Put simply, this meant that one had a higher duty of disclosure where there was an insurance contract and any material disclosure or misrepresentation would mean that the insurer could declare the policy void. One strike and you were out, even if the misrepresentation or non-disclosure was not deliberate. Allied to this was the fact that many policies contained clauses that turned representations into warranties. This meant that the insurance could be avoided even for what would be regarded as a minor misrepresentation. No wonder no-one wanted to have to actually rely on insurance.

But in the interests of striking a fairer balance between the insurer and the insured, the Insurance Act has made some fundamental changes, as outlined below.

The Duty of Fair Presentation

Not, on the face of it, so different to the doctrine of utmost good faith, there is now a duty to:

The insured’s knowledge includes those matters that they may have suspected and where they failed to ask the question to find out the answer. Don’t ask, don’t tell doesn’t work .

The duty is also to make the disclosure in a manner which would be reasonably clear and accessible to a prudent insurer. Hiding material facts in hundreds of emails won’t work.

Also, every material representation has to be substantially correct and every statement as to expectation and belief has to be made in good faith. Don’t try to sex up your dossier.

Material circumstances – what are they?

Non- disclosure – what can the insurer do?

It depends. The insurer has to show that but for the breach, it would either not entered into the contract at all or would have done so on different terms. That breach becomes what is called a qualifying breach.

Qualifying breaches which are reckless or deliberate, i.e. where the insured either knew it was in breach of the duty of fair presentation or did not care is still game over for the insured. The insurer can keep the premium. In the pre-Act world, insurers had to return the premium, so in this respect, the insurers gain.

But I really didn’t know…

Can the policy be terminated for a breach of a warranty?

Not if it isn’t connected to the loss. Previously the insurer may have been able to avoid the policy.

There are other provisions relating to warranties contained in the Act which might be worth exploring further where looking at the small print of any new policy.

And in positive news for the insured, the Act bans what were known as “basis of contract” clauses, which, effectively means that instead of a breach of warranty being a terminating event, the policy is suspended for the period of the breach and cover will be in place once the breach is remedied. This is a welcome improvement.

Will all policies be subject to the Act?

All commercial contracts will be governed by the Act; there is a separate regime for consumer contracts. There is also the ability to contract out parts of the legislation, but insurers need to ensure that any “disadvantageous term” is clearly drawn to the attention of the insured, before any contract is entered into or any variation agreed. Any term must be “clear and unambiguous”. There are also particular provisions relating to variations of pre Act contracts which need to be considered.