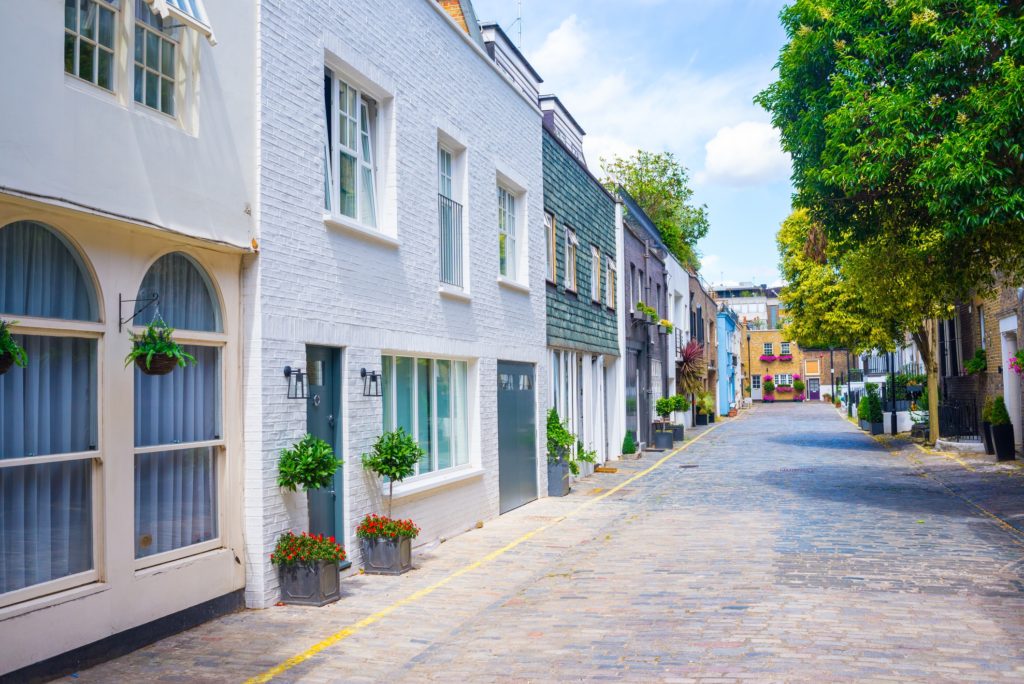 That’s obvious, right?  So why a High Court case on the point and why am I spending time writing an article on the issue? More to the point why are you wasting your time reading this article?

Well actually it turns out it’s not that obvious.  As the High Court judge himself pointed out in his judgment in Menon v Pask [2019] EWHC 2611 (Ch) (judgment handed down on 7 October 2019), although this right is pretty much assumed by the County Courts, receivers, mortgagees and lawyers alike every single day, there has, until now, “somewhat surprisingly” (potentially a bit of an understatement) , been no reported case which confirms that a receiver appointed under a mortgage of property owned by individuals can claim possession of the property as against the mortgagor. [1]

The story behind this case is a familiar one.  The defendants, Mr and Mrs Menon, charged their property to the Bank of Singapore Ltd by way of a legal charge.  It secured the payment on demand of the liabilities of a borrower company called Silky Way Investments Limited.  The charge was in a familiar form and provided for the appointment of a receiver upon default and for the receiver to be treated as being agent of the borrower and the mortgagors.  It gave the bank, and any receiver appointed by it, certain powers in relation to the Menons’ property, including the power to take possession of and manage the property and the power to sell or otherwise deal with and dispose of it without restriction.  Silky Way subsequently defaulted on its liabilities and the bank made demand of Mr and Mrs Menon, following which receivers were appointed.  The receivers then started proceedings to obtain possession of the property from the Menons.

The proceedings were constituted as the Menons suing the Menons for possession, with the claimant Menons acting by their agents (i.e. the receivers).  The Menons, in their capacity as defendants, sought to argue that the receivers did not have a right to make a claim for possession against them.

The High Court therefore had to consider the somewhat fundamental question as to whether a fixed charge receiver with the benefit of a power to take possession under the usual modern form of mortgage providing for receivership, and for receivers to be the agents of the mortgagor, entitles the receiver to get possession as against a mortgagor who is an individual.

This issue does not arise where there is a corporate mortgagor because if the employees or directors of the company fail to acknowledge the right of the receiver seeking possession, the receiver can act in the name of the mortgagor company to remove them as individuals; he/she does not need an order against the company itself.  The difficulty in the case of a mortgagor who is an individual is how a receiver, who is the agent of the mortgagor, assert rights of possession against his/her principal, absent a clear express term to that effect?

[1] The judge observed that one reason why this point may not have been considered before is that since 2008 the members of the Council of Mortgage Lenders have voluntarily agreed not to appoint a receiver to sell residential owner-occupied property without first getting a possession order or the borrower’s consent.

The judge acknowledged that at first sight it is not immediately obvious how the receivers themselves have a right to possession as against the mortgagor.

The judge rejected the receivers’ submission that the rights of the receiver were free-standing rights (denouncing this as “to go too far”).   Instead, in answer to this quandary, he found that the receivers have a separate right which they can utilise as against the mortgagor to obtain possession of the charged property, which lies in the “special nature” of the agency relationship between a receiver and the mortgagor.

In reaching this conclusion the judge went back to the judgment of Rigby LJ in the 19th century case of Gaskell v Gosling, which outlined the special nature of this particular type of agency: “For valuable consideration [the mortgagor] has committed the management of his property to an attorney whose appointment he cannot interfere with. The appointment so made will stand good against himself and all persons claiming through him, except incumbrancers having priority to the mortgagee who appoints the receiver.”

The judge also relied on the judgment of the Court of Appeal in Silven Properties Ltd v Royal Bank of Scotland [2004] 1 WLR 997 which identified several “peculiar incidents” of the receiver/mortgagor agency that showed that one must be wary about applying the normal consequences of agency to this relationship.  Those “peculiar incidences” included:

Applying the Law to the Facts

Having identified the legal position, the judge then turned to apply the law to the particular facts of this case (which he acknowledged would be the same as in many other such cases).

The judge concluded that all of this would “make it rather odd” if the receivers were unable to claim possession as against the Menons.  The “only solution” that made any business sense was that, notwithstanding the usual principles of agency, the receivers must have the power to take proceedings against the Menons to obtain possession.  Insofar as that was inconsistent with the normal principles of agency that was because the agency of receivers is not a normal agency.  Ultimately the receivers had a better right of possession than the mortgagors.

The judge went on to state that if his ‘special agency’ reasoning did not work, there was an alternative way of reaching the same conclusion.  That is via an implied term in the charge that the mortgagors would give up possession to the receivers if required to do so.  The judge held that were it necessary to do so he would imply such a term into a charge in order to make the contract work as a matter of business efficacy and that the receivers would be entitled to enforce this by virtue of the Contracts (Rights of Third Parties) Act 1999.

Who should be the Claimant?

As noted above, on the basis that a receiver acts as agent for the mortgagor it is commonplace for possession proceedings against a mortgagor to be brought in the name of the mortgagor (albeit they are said to be acting by their receivers as agents).  The judge determined this to be a “very strange” form of proceedings as it resulted in the Menons being on both sides of the case and effectively seeking possession from themselves.  He ruled that it is not possible to have the same people on both sides of the record.   Accordingly, the judge ruled that since they cannot sue in the name of the mortgagors, in such cases, the receivers will have to sue in their own name. The judge considered that this was an ancillary power impliedly given to the receivers by the charge.

Can the Court Prevent the Receivers Enforcing the Possession Order?

Where a mortgagee of property including a dwelling house brings a possession claim, section 36 of the Administration of Justice Act 1970 permits the Court to stay or suspend execution of a possession order, or postpone the date for delivery of possession, for such period as it thinks reasonable if it believes that the mortgagor is likely to be able to pay the sums due under the mortgage or remedy a default within a reasonable period of time.  The Act defines the terms “mortgagor” and “mortgagee” as including any person deriving title under the original mortgagor or mortgagee.

At first instance, the County Court judge held that section 36 did not apply to a possession order obtained by a receiver because they were neither the mortgagee nor a person deriving title from the mortgagee.  He reached this conclusion on the basis that the reason for using receivers as a means of enforcing the rights under a mortgage is so that the mortgagee is not involved.  The High Court judge, however, disagreed.

The judge accepted that in the traditional sense the receiver does not derive title from the mortgagee (or even that they have ‘title’ in traditional property terms).  However, he also considered that the nature and source of the receiver’s rights, how they are appointed and their fundamental purpose should be taken into account.  For example, receivers are appointed by the mortgagee; the mortgagor has no say in their appointment.  They are not appointed so that the mortgagor can better manage his property but to manage the property in the best interests of the mortgagee.  The nature of the agency is to restrict the receivers’ liability, not as a “genuine agency” to assist the mortgagor.  The judge also felt it appropriate to regard the right to appoint receivers as a property right of the mortgagee.  Accordingly, in light of these “striking features” the judge held that, whilst it is technically right to say the receivers act as agent of the mortgagor, it does not reflect the legal and literal reality.  In the circumstances the judge considered it was “right” and “not an improper strain of the language” of the 1970 Act to say that the receiver derives title from the mortgagee for the purpose of section 36.  He went on to say that “as a matter of principle” the Menons should have the same opportunity to resist possession under section 36 as if the bank had been the claimant.

In practice receivers have been obtaining possession orders against individual mortgagors of charged property in the County Courts for years now with few or no problems and so perhaps the outcome of this case is not as surprising as the fact it took so long to get to the High Court in the first place.  Certainly having a High Court judgment that confirms that there is a legitimate right for receivers to obtain possession against mortgagors does put to bed the residual uncertainty that has always sat in the back of the minds of lenders, receivers and their lawyers when it comes to cases of this nature.  The fact that the judge worked his way carefully through the previous cases of agency law as it applies in receiver/mortgagor situations will assist receivers and their representatives in opposing any such objections from the mortgagor in the future.

The part of the High Court’s judgment that is more surprising, and which will be of greater concern to receivers and lenders, is the judge’s decision that section 36 of Administration of Justice Act 1970 does apply to possession orders obtained by receivers thus allowing enforcement of possession orders to be suspended or delayed.  Despite the judge’s express statement to the contrary, the decision that a receiver derives title from the mortgagee appears to be something of a stretch of the wording of the statute.  The judge himself stated that he reached this decision “as a matter of principle”, perhaps feeling compelled to balance out the ‘special nature’ of the ‘false’ agency relationship that exists between a receiver and the mortgagor.  Whether such a conclusion would be upheld by a higher Court remains to be seen. 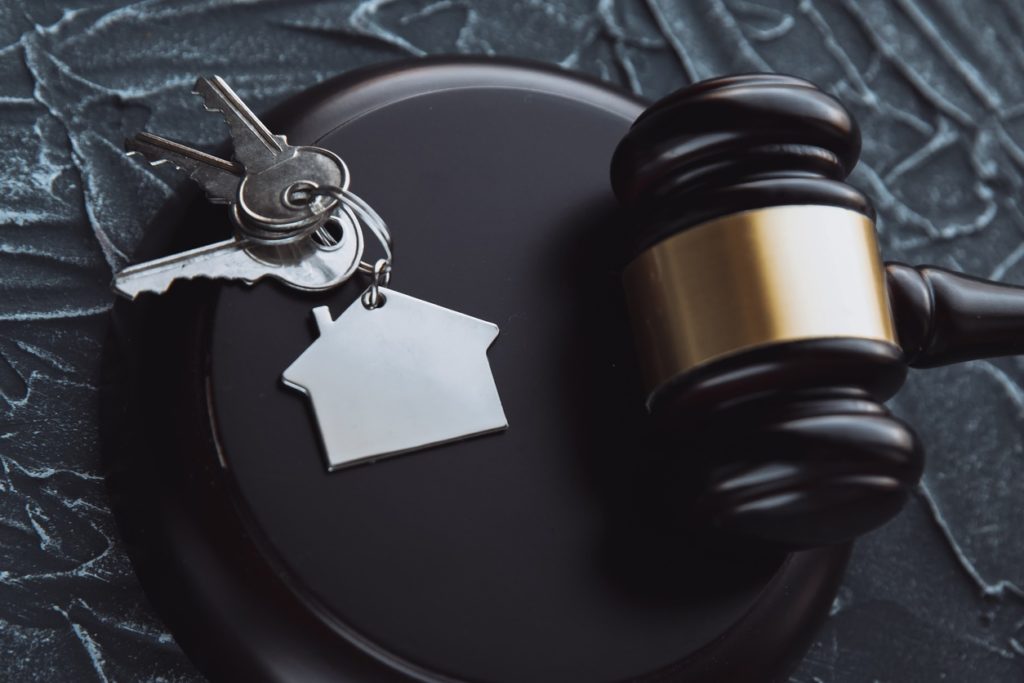