Try to stop arguments over the fence escalating, says Felicity Hannah. They could cost far more than you think

Nuisance neighbours can make life miserable. Whether it’s a dispute over boundaries, shared access to driveways or anti-social noise, falling out with next door can make home life stressful. If it escalates, it can also cost a fortune in legal bills; a report published by the Ministry of Justice earlier this year showed that disagreements over boundaries typically cost litigants between £10,000 and £50,000. The potential cost can rise far higher than that in the most bitterly contested cases.

It’s not just the cost of potential court action; falling out with the neighbours can devalue a property, making it harder to sell unless the owner is willing to take a financial hit. And these are hardly isolated problems: research from Swinton Insurance shows that 60 per cent of people do not get on with at least one of their neighbours, while a study from the consumer group Which? found that 27 per cent of those surveyed had struggled with a nuisance neighbour in the previous 12 months alone.

With neighbourly disputes so common, just how badly can they damage a property’s value?

Some experts suggest that problem neighbours could knock 10 per cent off the value of a home, but Caroline Howard, head of real estate litigation at the solicitors’ firm Brecher, believes the financial impact could be far greater. “We have seen cases where properties are put on the market but, because of a dispute, are still unsold two to three years later,” she says. “In one case, a dispute over damage caused to a neighbours pear tree when the seller was removing some ivy from his property led to very expensive litigation.

“The parties became so entrenched in their respective positions that when the seller put his house on the market, he received no offers for more than a year. When an offer was finally made, it was only 70 per cent of the property’s original valuation.”

Given outcomes such as this, it might be tempting for vendors to keep quiet about over-the-fence fights. That, however, can lead to even costlier confrontations.

“It is the seller’s responsibility to document any ongoing issues they may have with their neighbours, or any issues that have the potential to lead to a dispute, on the property information form they must complete as part of the transaction,” explains Peter Adkins, director of dispute resolution at QualitySolicitors Talbots.

“Failure to declare issues that may impact the buyer’s enjoyment of the property can lead to the buyer pulling out of the purchase or the homeowner being hit with a subsequent compensation claim later down the line.”

But he adds that while anti-social behaviour such as late-night noise does have to be declared, subjective disagreements, such as rows about football or politics, don’t. “In more extreme cases, a homeowner could potentially pursue a legal claim against the previous owners to cover the cost of putting the issue right, or to compensate for the loss of the value of the property if the issue was not disclosed at purchase.”

The best approach, according to Paula Higgins, chief executive of the Homeowners Alliance, is to try to resolve the issue before it escalates – and without involving the police, council officials or the courts.

“If you end up bringing in the council, you are then legally obliged to declare [the issue],” she says. “We would always advise that should be one of the last resorts – no one wins if you end up in court.

“Don’t be aggressive, firing off a nasty letter and sticking it through the mailbox or going round there when you’re angry. If you get their back up, it’s very hard to come back from that.

“Be reasonable and talk to them in person. Do it in a casual way and listen to what they have to say.”

Would-be buyers may have protection under the law but that does not mean they can relax. Challenging the vendor in court after the sale has gone through can be stressful, time-consuming and won’t fix the immediate problem of living with a nuisance neighbour.

Guy Meacock of the buying agency Prime Purchase warns: “Buyers should always be wary… who the neighbours are could have a fundamental impact on the [future] sale and value of your property. Having a neighbour in a flat or terraced house who makes lots of noise, for example, can significantly reduce your enjoyment of the property.”

Just knocking on the doors of neighbours can be a good way to get a feel for an area and an understanding of the local personalities. After all, not all problem people are documented, leaving sellers able to claim they were unaware of any difficulties.

“We found the perfect house for us; it was a great area, it was a good price and it had a lovely garden,” says Georgina Washington, a buyer seeking a home for her three small children. “But on the second viewing my mum parked her car ever so slightly in front of the neighbours house. He came round to shout about it – well, scream about it really. He was really angry, even when we apologised.

“I’m just so relieved he showed his true colours before we bought the place. There was no official dispute and so the seller could have claimed he didn’t know about the problem. We would have been left with a nightmare neighbour and a seriously devalued house.” 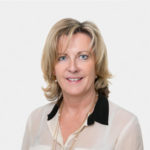 COVID-19: Skype hearings? Are you winding me up?