Commonhold – Are we there yet?

The Law Commission is currently analysing responses to its consultation paper on commonhold reform: “Reinvigorating commonhold: the alternative to leasehold ownership” and intends to publish its final report this Spring.

Preparing for a recent in-house presentation to colleagues on commonhold ahead of the report’s publication, the old Scottish joke came to mind: a visitor to a village stops a local and asks, “How do I get to Aberdeen from here?” and the local answers, “Och, if I were going to Aberdeen, I wouldna start from here!”

There are lots of good reasons to make the Granite City your destination, and the same might be the case with commonhold, but your starting point has a big impact on the practicalities; with our many centuries of freehold and leasehold, our journey to commonhold is definitely cross continental, but momentum is building up behind it nonetheless.

Commonhold gives an owner the freehold ownership of a single property within a larger development, say a flat in a block of flats, along with membership of a company, the commonhold association, that owns and manages the common parts of the development.  Amongst the perceived benefits, advocates suggest that this democratic system for managing buildings overcomes the faults of leasehold, which can include a “them and us” attitude between tenants and the freeholder and always includes the ticking clock on what is a wasting asset.

But the take up has been very slow since The Commonhold and Leasehold Reform Act 2002 made commonhold available as a new form of land ownership in England and Wales – fewer than 20 commonholds have been created in that time.  The Law Commission has looked at the reasons for this, particularly focusing on the deficiencies in the current law of commonhold.  It has also highlighted that commonhold cannot succeed unless mortgage lenders are willing to provide mortgages secured against commonhold properties or proposed commonhold developments, which lenders will not do unless they know that they provide good security.

Lenders are not closed to the idea, however; UK Finance has said mortgage lenders that provided almost 60% of new lending in 2016 have indicated they would be willing to accept commonhold as security.  Before fully committing, lenders responding to the Law Commission’s call for evidence have identified significant issues of concern that need addressing and chief amongst those is a lack of certainty about the effect of a commonhold association’s insolvency on their security.

To tackle this, the Law Commission suggests measures which will better protect lenders in the event of the association’s insolvency, but more broadly makes provisional proposals throughout the consultation paper that are aimed at preserving the solvency of the commonhold association, on the basis that is preferable to avoid insolvency in the first place.  For instance, a mandatory requirement for the commonhold association to maintain a reserve fund for emergency and major works, and to hold adequate public liability insurance.

At the more radical end of the scale is a proposal that the commonhold association should have an automatic statutory charge over every commonhold unit (for instance, the individual flats in a residential development) to secure payment of the costs of the commonhold – insurance, repair of the common parts and structure etc. – and that any such charge should take priority over other charges, such as mortgages.  This brought a sharp intake of breath from my property finance colleagues at that presentation I mentioned.

The Law Commission acknowledges that while at first glance providing the commonhold association with a charge which takes priority over first legal mortgages may appear unattractive to lenders, particularly those funding the purchase of the individual commonhold units as opposed to the initial development, enhancing the association’s enforcement powers is in the interests of lenders; it makes it less likely that commonhold associations will become insolvent, which puts lenders in a less vulnerable position.

Elsewhere, in response to lenders emphasising the importance of commonholds being adequately maintained, the Law Commission recommends augmenting the general rules around the repair and maintenance prescribed by commonhold law by making it clearer that a commonhold may add bespoke “local rules” to require a higher standard of repair.  At the same time, the proposal to provide the commonhold association with greater enforcement powers by means of a first priority charge would more likely ensure the proper maintenance of commonholds.

Perhaps these proposals from the Law Commissions are of less direct relevance and possible concern to development lenders than a typical high street lender funding the acquisition of a commonhold unit, as it is the high street lender that will be involved in the “operational period” of the commonhold with its charge sitting behind that of the commonhold association.  That said, lenders asked to fund a commonhold development will be reluctant to do so unless they are comfortable that lenders will come on board down the line to help purchasers acquire their commonhold units.

Depending on Government’s level of commitment, it might itself step in to provide the necessary finance or encourage lenders to accept commonhold units as adequate security by indemnifying lenders.  Something similar happened in America in the 1960’s when mortgage lenders offered only a lukewarm reception – and with it unattractive loan terms – to the introduction of the commonhold-equivalent known as condominium ownership.

Is this likely to be Government’s focus anytime soon?  There is a certain amount of renewed enthusiasm for commonhold, and this could be sustained when the Law Commission publishes its final report, but whether that will last and prove compelling enough to get homeowners, developers and, crucially, lenders on board for the long journey ahead remains to be seen. 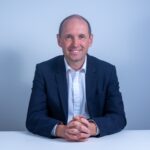