Development lending in the mid-market: “LMA-Lite” 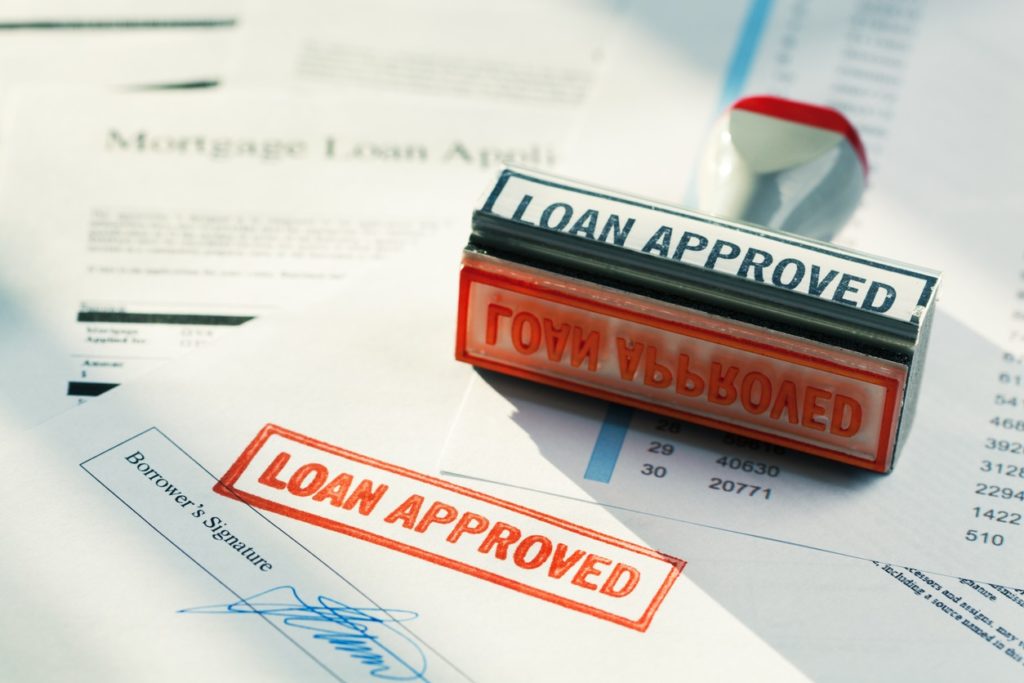 This article will examine how the mid-market in property development finance has
adopted a hybrid loan document based on the LMA Real Estate Finance Senior Term Loan
(Development), often referred to as “LMA-Lite”, explain how it differs from standard form
LMA and provide commentary on how one size does not necessarily fit all.

USE OF “LMA-LITE” FACILITY AGREEMENT

Lenders and their advisors in the property development mid-market frequently refer to “LMA-Lite” facility agreements. This terminology can be misleading as well as confusing. An “LMA-Lite” facility agreement will most likely be used for loans where: (i) the debt size is less than £25m and more than £10m; (ii) where there is no appetite for syndication; and (iii) where borrowers may be willing to accept “standard form” ie non-negotiable documentation. The “LMA-Lite” market, often called mid-market, is distinct from the bridging lending market, which operates using a different, more standardised style of documentation, reflecting a different risk appetite.

“LMA-Lite” documentation has grown out of a desire to simplify and streamline midmarket development loan transactions, where boilerplate documents are not sufficiently sophisticated, but the LMA development facility is seen as too onerous. The wish to use pared-down documentation is an attempt at both cost and risk management, as commonly, transactions are not identical in their nature, so modifications are generally required. The aim is to reduce the areas for negotiation. This does not always succeed. We are often requested to draft “LMALite” documents, as if they were standard and market-recognised. They are not. If borrowers think “LMA-Lite” will mean fewer obligations, they are mistaken; it often simply means bespoke requirements for that particular lender, with a few LMA covenants removed.

It is worth noting that “LMA-Lite” is entirely different to “Covenant Lite” and the terms should not be confused. That term is used to describe lending documentation in the £200m plus market, where the size and strength of the borrower group mean that it is less common to impose financial covenants for certain tiers of debt and/or such covenants are “springing covenants” which trigger on the occurrence of specific events.

Whilst syndication is not a preferred option in the mid-market, there will in some instances, be a Security Agent or Security Trustee, incorporated into the transaction for internal structuring reasons and/or to make internal debt transfers straightforward. Additionally, the documents need to be flexible enough to allow the lender’s rights and interests to be freely assignable.

ON DEMAND OR FIXED TERM?

When considering what type of facility term is suitable, the choice is, most commonly between, a facility that is repayable “on demand” or the more conventional “fixed term” facility, where repayment is only accelerated if an event of default occurs during the loan term.
In some circumstances the practice has developed for lenders to attempt to get the best of both worlds, by making the facility “on demand” while also including events of default and a longstop termination date. Whilst conceptually this appears illogical, it gives the lender comfort that the borrower has agreed to certain parameters under which it will use the proceeds of the loan and complete the development.
The very nature of an “on demand” facility is that the lender is free to make demand and request its money back when it chooses. As a consequence, an “on demand” facility does not then need to
contain any covenants, undertakings or even representations. It will of course still be secured and there will also be conditions precedent. Many borrowers find this unattractive.

“LMA-LITE”: WHAT CHANGES ARE MADE?

In a typical “LMA-Lite” development facility one would expect to see a suite of covenant (including financial ones), exit and arrangement fees (to reflect the term and pricing of the facility) and a certain repayment date. The starting point for an “LMA-Lite” facility, when acting for a lender, is to look at the fuller and longer-form LMA fixed term facility and then decide what provisions would really be needed to tie in with the facility. The LMA forms of facility (including the Single Currency Term Facility Agreement for Real Estate Finance Development Transactions) are all prepared as fixed term facilities with acceleration after the occurrence of an event of default.

Lenders may modify or amend the general or property undertakings but, in our experience, these modifications tend to prohibit certain actions completely, or to permit them only with (arbitrary) lender consent. Lenders using an “LMA-Lite” agreement do not necessarily qualify borrower covenants or undertakings with details of individual permitted steps not requiring prior approval. In return for a shorter form facility, lenders may and generally do require more control for approvals of disposals, payments or for the borrower incurring further indebtedness.
From a borrower’s perspective this generally means more requests for consent and an increase in its progress reporting obligations to the lender, as well as more time and cost incurred in ensuring compliance with the terms of the facility.

The lender will generally impose obligations to carry out the development in accordance with any planning permission and relevant building standards and conditions. Indeed this is probably best practice and certain elements from the longer form LMA facility (for example detailed development covenants and milestones) will be adopted. Events of default and other covenants may, in these circumstances, mirror LMA-form provisions, or there could be a “pick and choose” option, where relevant LMA covenants and undertakings are “lifted” into a shorter form facility.
The covenants imposed will depend on the level of monitoring the lender requires. For example, there may be fewer development drawdown deliverables and the security package may not contain collateral warranties, as the lender may decide that its enforcement option is through sale of the land and/or continued funding of the site to practical completion, rather than through stepping into and operating pursuant to the existing development contracts.

It would also be usual to see “day 1” financial statements, budgets and “sources of funds” information to be provided by the borrower and any other key security or guarantee providers but these will not be as comprehensive as in the longer form LMA. This reflects the use of SPVs as the borrowing
vehicle in the mid-market and as a consequence, there is generally quite limited financial information available. Often, borrowers are trying to reduce their reporting requirements as they may not have access to and/or the funds or indeed the ability to provide detailed financial reporting
(over and above their statutory requirements).

To the extent that there are any financial covenants contained in the facility agreement, the financial covenants are often expressed as an ongoing covenant, without covenant cures and these are likely to be immediate events of default. Other than financial reporting, lenders generally only ask for information to be provided “at lender request” rather than as a strictly regulated deliverable. If the information is key to a development drawdown, then it would form part of the “drawdown deliverables” which could be cross-checked by the lender’s project monitor.
It is not usually the case that compliance certificates are required or that the lender tests such covenants quarterly or annually. This is consistent with not requiring ongoing financial information and keeping to a minimum the administrative aspects for a borrower to comply with.

A consequence of “LMA-Lite” reporting requirements is that the role of the lender-appointed project monitor and other professionals is expanded, with more detailed oversight and reporting required than would usually be the case.Whilst some lenders in this sector retain an in-house project monitoring function, many outsource this. This is a cost that is passed on to the borrower.
The degree of oversight from a project monitor is not usually watered down from the LMA position and might be strengthened and it is usual to retain project monitor sign-offs to development drawdowns, for confirmation that the development is within budget and also that the balance of any development loan available to draw is sufficient to fund completion of the development. Lenders in the development space need to ensure that there are sufficient funds to complete the project, without cost overruns. If a project monitor considers that a cost overrun has occurred or that there may be a shortfall to complete the development, the lender will want to know that these costs are covered by the borrower. The lender may impose a “draw stop,” to ensure that no drawdowns are permitted until additional money has been added by the borrower to fund the shortfall. Again, the
mechanics of this and in particular how and when money is to be added will be a matter for negotiation and often bespoke drafting. There will need to be a balance between lenders and
borrowers when agreeing how and when funds are applied – the borrowers will only want to add more money as and when the shortfall or cost overrun actually occurs, which may be some time
away, whereas lenders may, when they are notified of the potential shortfall, want monies paid in and put on deposit/applied in prepayment as soon as the shortfall is known, to cure the default, with
re-draws to fund the shortfall when it occurs.

ONE SIZE TO FIT ALL?

Borrowers in the mid-market looking for development finance often want the facility documents to be put in place quickly and may be more willing to accept “standard form” facility agreements than borrowers in the £25m plus market. There is a misconception that the documentation is watered down (eg “lighter”) in terms of borrower obligations, whereas it is often the case that lenders in this sector have tighter controls, with fewer borrower concessions negotiated into the documents. However much it might be desirable, it is, unfortunately, impossible to craft a template suitable for all lenders and borrowers in the “LMA-Lite” mid-market, as lenders are not themselves one-size-fits-all. Each of them has their own appetite for risk, which will largely be dictated by how they fund themselves. Even within the lender itself, there may be different sources of funding with different requirements for documentation. The lenders, or at least those fronting the money, may wish to be more agile than the traditional funders and less box ticking in nature, but this choice is often taken out of their hands by their own funders. Further, the nature of the borrowers in the mid-market necessitate a greater degree of monitoring and control as they are often unsophisticated corporate entitles run by small teams, unfamiliar with and unable to deal with the requirements of full-blown LMA.
In the non-LMA mid-market at similar levels of lending, ie the £10m to £25m space, there are still many lenders who are using shorter form “boilerplate” on-demand or simple term loan documentation, coupled with a light-touch approach to monitoring. It is these lenders with whom the “LMA-Lite” lenders are competing and which drives their desire for simplicity. Their own funders, however, often stymie this desire by requiring documentation with which they are familiar and which reflects their appetite for risk, an appetite often less hearty than that of the actual lenders. 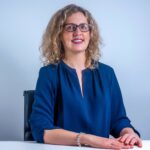 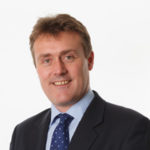 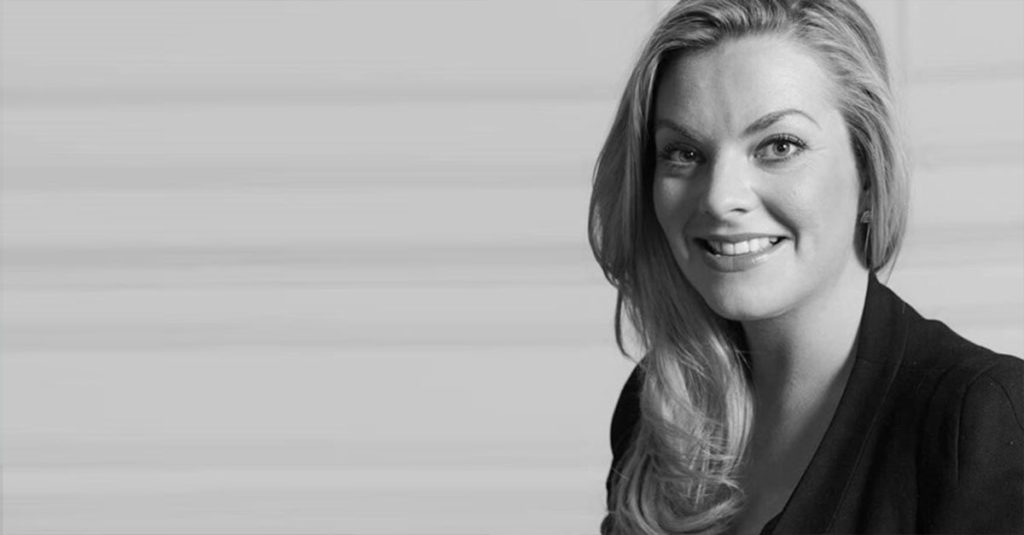 Matching the lender to the loan